- Production of more than 10% of crops from the volume produced in Moscow Region;
- Breeding stock of pedigree cattle exceeding 20% from the one bred by stud farms in Moscow Region;
- Modern motor pool and technologies;
- Average milk yield per forage-fed cow is 7 tons a year, which is one of the highest indicators in Russia.

Domodedovo Milk Plant is one of the largest and oldest Russian dairy enterprises which is familiar and popular for its products with the majority of Moscow region residents.

Barybino stud farm is a modern high-tech complex. Implementation of advanced world's technologies turned the farm into one of the best in Russia.

According to the Ministry of Agriculture and Food Products of Moscow Region, Barybino has become the largest agricultural enterprise in the region by area size.

The stud farm was founded in 1963 as a result of separation of Zarya Komminizma State Stud Farm.

The area used for crops is increasing here with every year. Claas (Germany) and John Deer (USA) grain combines, Krone forage harvesters, high-capacity Americal tractors by John Deer and other agricultural equipment was bought to till the land. 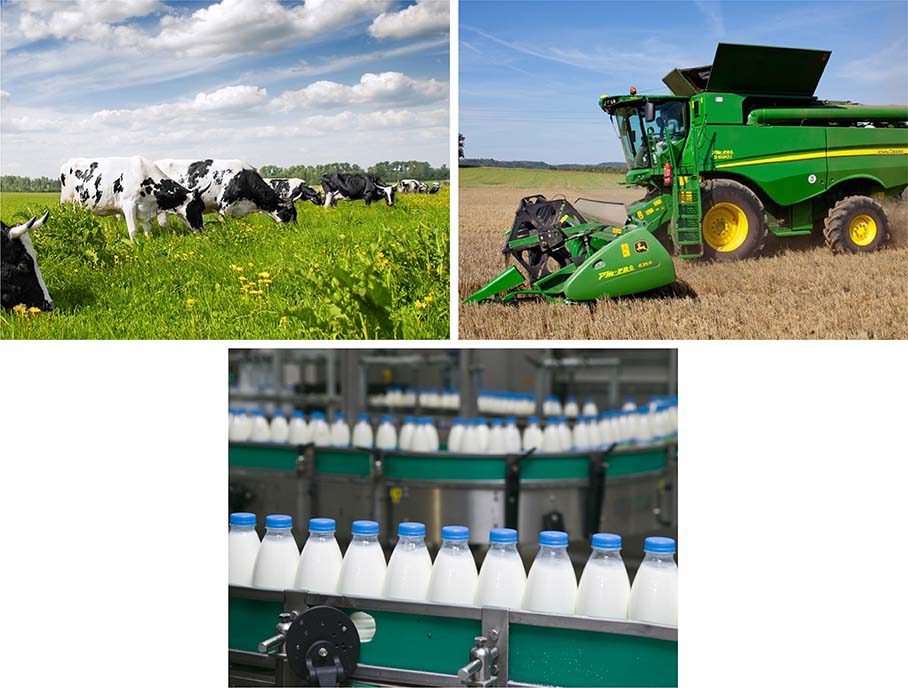